Taking learning out of the computer lab.
This is how the future works.

Students in the Industrial Systems Engineering department use high-end design and simulation applications every day. With Citrix Virtual Apps software, the university was able to virtualize these demanding applications for anytime, anywhere, any device access. Now the university can consolidate software lab and free up space for other uses. And the students are free to do their lab work beyond the lab.

For students in the Industrial Systems Engineering department to work with the applications their studies require—including high-end design and engineering apps—they had to use a university-issued computer. This often meant they had to walk a considerable distance across the large campus to a computer lab, only to discover it was fully occupied with no PCs available.

“We needed a way to let our students access their applications from off-campus, on whatever device they had available,” says Mark Henry, the university’s manager of virtualization and learning technologies.

Henry and his team used the Citrix Virtual Apps software to virtualize applications for anywhere, anytime, any-device access. Users can even access demanding design and simulation apps such as MathWorks MATLAB and Dassault Systèmes SOLIDWORKS on both Mac and Windows laptops and mobile devices.

Students quickly embraced the ability to do their lab work beyond the lab. While some students have to continue to make in-person visits to the lab due to software limitations, most students no longer need to endure long waits or make late-night lab runs in hopes of finding an open seat.

“Our classrooms can now evolve into places for discussion, not just demonstration, where students can bounce hard questions off each other to stimulate deeper learning,” says Henry.

Teachers and students soon realized that instead of spending valuable class time simply following along as teachers introduce a concept, students can use their own devices, working wherever they choose, to gain hands-on familiarity with the subject matter before class starts.

With students able to use any device, including their own laptops, Henry says, “Why do we still have to provide so many computers for students? If we don’t have to maintain traditional PCs in classrooms and labs, we can save tremendous IT time and gain the freedom to do more interesting and innovative things.”

The university is now consolidating software labs, freeing space for other uses such as research. To run the few applications that still require local installation, the department is replacing traditional computers that have a three-year lifecycle with lower-cost zero clients that will last eight years or more.

“Our campus IT environment has always been highly secure, but when we started talking about extending access off campus, people were naturally concerned about security,” says Henry. “With Citrix, no data actually leaves campus, regardless of where students are working; it stays protected on our own servers. We don’t lose any of the security we already have, with the benefit of letting students work anywhere they choose.”

The initial virtualization project in the Industrial Systems Engineering department has become the proof of concept for a much larger initiative. “Our dean said we need any-device, anywhere access and the emerging new classroom model for the whole college of engineering,” says Henry. The college has now launched a bring-your-own-device (BYOD) program for its 15,000 students and is consolidating labs and shifting to zero clients across all of its departments. The university is designing a new 55,000-square-foot building around a more collaborative approach to instruction, slated for opening in 2018.

Students will be able to use college-issued Chromebooks or their own personal devices and perform computer work at home, on the road, or anywhere on campus. As the implementation expands across campus, the university will use the Citrix ADC solution to ensure scalability and quality of experience.

With Citrix, no data actually leaves campus, regardless of where students are working; it stays protected on our own servers. We don’t lose any of the security we already have, with the benefit of letting students work anywhere they choose.

Citrix Virtual Apps
Deliver Windows, Linux, web, and SaaS apps to workers—whenever, wherever. Want to see Citrix Virtual Apps for yourself? Sign up for a free 90-day trial and get a fully functional experience for up to 99 users.

See how we can mobilize your business.

Our secure virtualization, network, cloud and file-sharing technologies can give your business flexibility and agility. 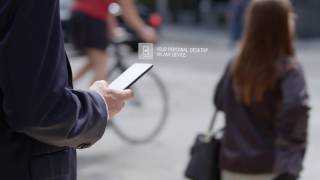 Work on any device