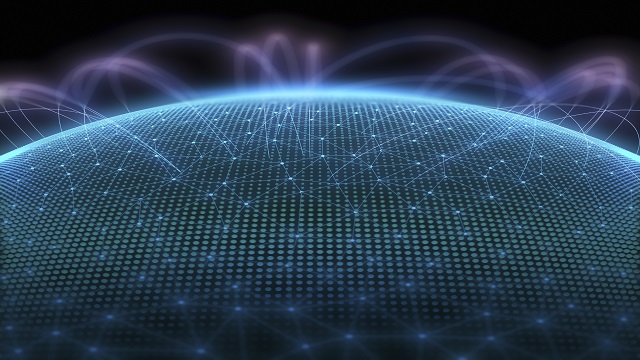 FORT LAUDERDALE, Fla. – December 4, 2018 – The commercial space industry is hot, and if Vector has its way, it is going to get even hotter. With the help of Citrix Systems, Inc. (NASDAQ:CTXS), Vector is pioneering a next-generation platform to provide affordable access to the Final Frontier and an efficient, intelligent way for entrepreneurs to collaborate and bring their innovations to life.

“We want to give a blank canvas to the artists of the mind who will develop new use cases that create value in society,” says Jim Cantrell, CEO, Vector.

Building on its relationship since 2017 to develop the next generation of satellites, Vector is now extending its use of Citrix technology to include remote launch capabilities.

Combining dedicated, low-cost launches with software-defined satellites, Vector aims to increase the speed of going into orbit. “We want to make it possible for users who don’t have a lot of time to launch when they want so that we can realize the 21st century that we were all promised,” says John Garvey, President, Launch Services, Vector.

The company also wants to make work simpler and more efficient. “Our ultimate vision is one of space app developers being able to develop satellite applications on their desktop computer and upload them to an already orbiting satellite constellation yielding nearly instant data and revenue,” Cantrell said.

Enter Citrix. “Citrix technologies allow Vector to manage launches anywhere in the world from their California-based mission control faster, better and cheaper,” says Steve Wilson, Vice President, Product for Cloud and IoT, Citrix. “An even more unique use of Citrix, by Vector is that our solutions are the foundation of the compute cloud Vector is building that will enable the next-generation of the space-based economy by enabling entrepreneurs to put their applications into orbit and build new businesses.”

Using Citrix virtualization technologies, Vector is creating a virtualized satellite environment that will host customer applications running in space. And with Citrix® Workspace™ and Citrix networking solutions, it has built an intelligent and secure digital workspace through which mission control can collaborate with remote teams wherever they happen to be to launch, monitor and control rockets.

“Satellites right now are about as smart as your dishwasher,” Cantrell says. “With Citrix, we’re adding a smart layer where entrepreneurs don’t actually have to build satellites and our teams can collaborate from wherever they are to drive optimal results.”

Like Vector, more than 400,000 companies around the world are using Citrix solutions to transform the way work gets done. To learn more about the offerings and the value they can deliver for your organization, visit www.citrix.com

About Vector
Created by the original founding team of SpaceX, Vector connects space startups and innovators with dedicated launch services and enabling platforms to access space more efficiently than ever before. Vector is proud to design, build and launch its vehicles and enabling platforms in the United States of America. For more information, please visit http://www.vector-launch.com.

About Citrix
Citrix (NASDAQ:CTXS) is powering a better way to work with unified workspace, networking, and analytics solutions that help organizations unlock innovation, engage customers, and boost productivity, without sacrificing security. With Citrix, users get a seamless work experience and IT has a unified platform to secure, manage, and monitor diverse technologies in complex cloud environments. Citrix solutions are in use by more than 400,000 organizations including 99 percent of the Fortune 100 and 98 percent of the Fortune 500.

This release contains forward-looking statements which are made pursuant to the safe harbor provisions of Section 27A of the Securities Act of 1933 and of Section 21E of the Securities Exchange Act of 1934. The forward-looking statements in this release do not constitute guarantees of future performance. Those statements involve a number of factors that could cause actual results to differ materially, including risks associated with the impact of the global economy and uncertainty in the IT spending environment, revenue growth and recognition of revenue, products and services, their development and distribution, product demand and pipeline, economic and competitive factors, the Company's key strategic relationships, acquisition and related integration risks as well as other risks detailed in the Company's filings with the Securities and Exchange Commission. Citrix assumes no obligation to update any forward-looking information contained in this press release or with respect to the announcements described herein. The development, release and timing of any features or functionality described for our products remains at our sole discretion and is subject to change without notice or consultation. The information provided is for informational purposes only and is not a commitment, promise or legal obligation to deliver any material, code or functionality and should not be relied upon in making purchasing decisions or incorporated into any contract.

back to top
Search All News
Search

Sorry, there were no matching results for ''