What are the benefits of DaaS and managed desktops over VDI?

01 What is the difference between VDI and DaaS?

02 Benefits of desktop as a service

03 DaaS and the push towards digital transformation

With the remote work revolution among us, more companies are turning to virtual desktops to deploy workspaces to their mobile workforces.

By integrating desktops on virtual machines, organizations can avoid a load of technical pains as employees become more distributed. For example, rather than having IT teams manually set up and ship out individual devices, employees can remotely access IT-managed virtual desktops via a web browser or application. So long as each remote employee has internet access, they have access to all of the resources they need to do their job.

If you’re new to desktop virtualization, you might be wondering whether it’s better to build out your own virtual desktop infrastructure (VDI) or leverage a robust cloud-based infrastructure from a managed desktop as a service (DaaS) provider. Below, we will take a closer look at how VDI and DaaS solutions compare, and showcase the benefits of choosing a managed DaaS solution over building your own VDI.

What is the difference between VDI and DaaS?

While DaaS is a specific type of VDI, the main difference between the two involves how they are built and managed. A VDI deployment is usually built and managed by an organization's internal IT team on servers that are typically on-premises at their specific location. A DaaS solution, on the other hand, typically offers managed virtual desktops hosted in the cloud—allowing internal IT teams to focus more on other aspects of the business and less on running servers and infrastructure.

DaaS is a managed solution for your virtual desktop systems, which means a DaaS provider typically handles updates, upgrades, security, and day-to-day maintenance of the environment to simplify the lifecycle management of your desktop images. Companies that build their own VDI manage their systems internally. This means IT teams must put in the time to maintain, upgrade, and update their own on-premises systems.

A managed DaaS solution is hosted in the cloud, meaning it doesn't take up space on your organization's hardware and can have capacity added on-demand. This allows for the inherent agility that comes with the cloud. Because a VDI deployment is typically hosted on-premises, organizations must have ample resources and space to spare in case of an unexpected event or a new surge in employees. This could include a dedicated datacenter space and additional IT staff to maintain the VDI infrastructure, depending on company size.

With DaaS, companies do not have to incur the high upfront costs associated with building their own VDI systems. Instead, the third-party services provide this infrastructure, removing the upfront expenses normally associated with building and deploying VDI in-house. Plus, companies must take on the extra energy costs, datacenter real estate, and maintenance of hosting a VDI on internal servers.

Benefits of desktop as a service

DaaS provides organizations with many unique benefits, including:

Server downtime, unexpected events, and power outages are just some of the many disruptions that can put a halt to employee productivity. With DaaS powered by the reliability of the cloud, employees will always have easy access to the tools and information they need to get their work done, from wherever they are working. Many companies have even seen employee productivity increase by as much as 31% with the DaaS.

Scaling on-premises VDI often requires the purchase and installation of new, rigid hardware, and datacenter refresh and expansion projects can take months to implement. Meanwhile, with DaaS workloads available from cloud providers with a global footprint, it is easily scalable. DaaS offers you the agility to add and remove users as the need arises, so you only pay for what you use.

With DaaS, IT teams are relieved of many infrastructure maintenance tasks, which means they have one less internal project to manage and maintain. (Many organizations experienced a 38% increase in IT efficiency after implementing DaaS.) Desktop maintenance and patching is streamlined, as a single desktop image that can be deployed to hundreds or thousands of users and managed centrally. Problems with end-user devices and software are also dramatically reduced with DaaS, cutting IT help desk tickets by about 33%.

Having a managed virtual desktop doesn't mean relinquishing all control. You can control your DaaS-based VDI via apps and software, as well as track usage across your organization, from a cloud-based console. What’s more, you can customize role-based permissions while implementing security features like granular-level policy controls. This ensures that only the right people have access to your company’s valuable data.

Many DaaS offerings give you the flexibility to only pay for what you need, with the option of a pay-as-you-go subscription-based method. You don't have to pay for server space and desktops that aren't being used, and your subscriptions can easily change along with your business needs. You will also avoid the high upfront costs of purchasing new server hardware, helping keep your expenses much more predictable each month.

Servicing and keeping up with the security of a VDI can be demanding on any internal IT department. With DaaS, your provider handles the chores of virtual desktop system upkeep and ensures security patches up to date, which allows your IT team to focus on more value-driven work. You'll also have access to expert-level support to ensure your virtual desktops experience minimal downtime and assist with any troubleshooting.

DaaS and the push towards digital transformation

Though several organizations were using DaaS solutions prior to COVID-19 pandemic, many DaaS providers were able to help those forced into digital transformation quickly pivot to higher levels of remote work throughout 2020.

But even on the heels of the pandemic, many organizations are finding that their employees are hesitant to return. In fact, according to Pew Research Center, about 54% of workers want to remain remote. Remote working has become a perk that attracts workers and keeps them. According to Owl Labs, 71% of remote workers are happy in their jobs, compared to only 55% of on-site workers. Additionally, companies allowing remote work see 25% less turnover than employers who do not support remote work. Backed by agile and reliable DaaS, your business can easily offer the flexible remote working structure employees now seek.

Top benefits of DaaS and managed desktops over VDI

We've compared DaaS to VDI and magnified some of the benefits of deploying DaaS for your workforce. Boiled down, here are some of the most significant benefits of choosing a DaaS solution over an on-premises VDI solution:

When you need a DaaS solution your organization and employees can count on, Citrix DaaS (formerly Citrix Virtual Apps and Desktops service) is here to help. When you partner with us, we can help you quickly deploy high-definition cloud desktops on a pay-as-you-go consumption model. Not only does this ensure you only pay for what you need, but it gives your employees the freedom to stay productive while working wherever they want, whenever they want. 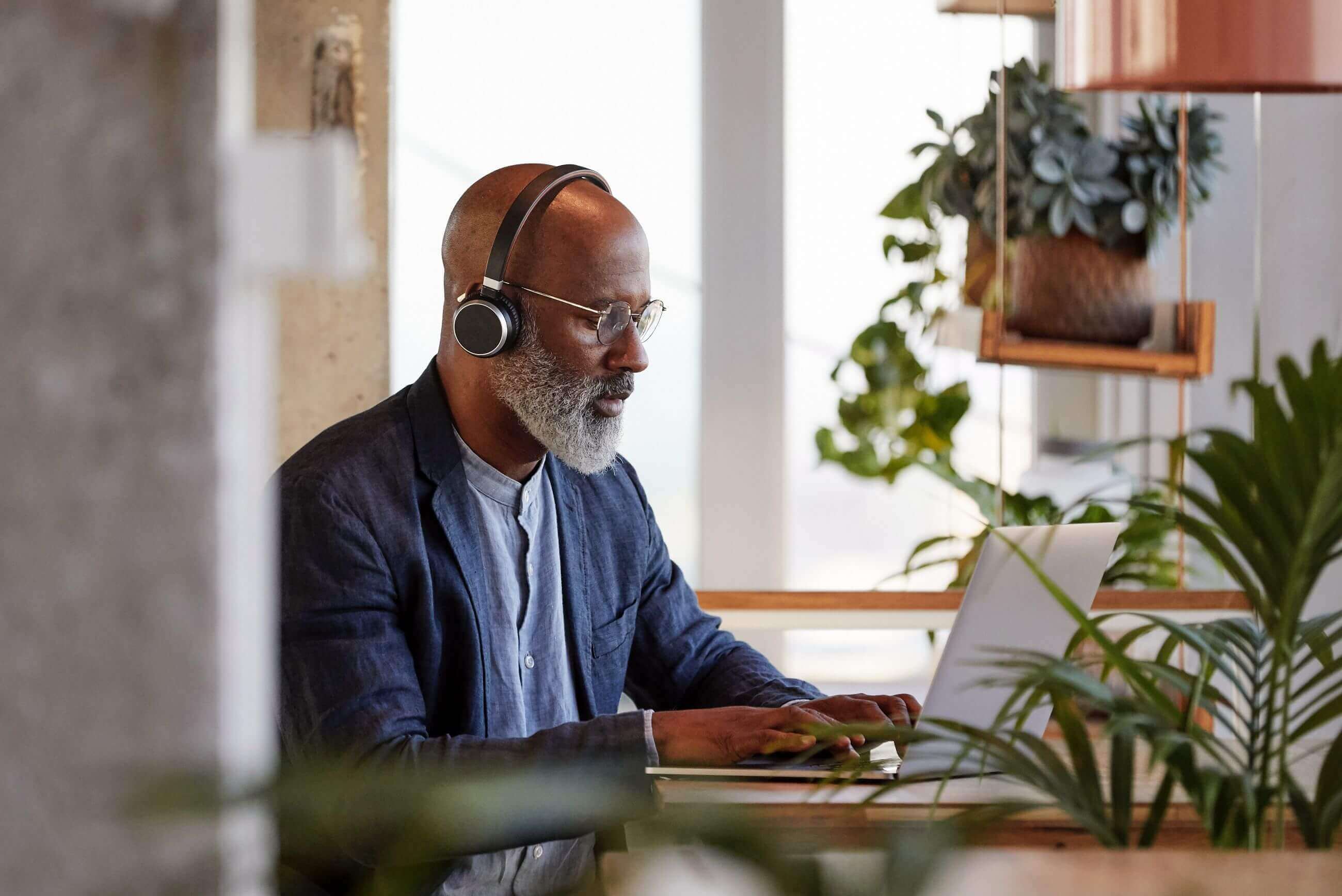